The NFL Combine provides an opportunity for NFL GMs to wipe their mind of all scouting info from games and instead dwell on the hand size of an athlete.

Considering retirement after I was informed the football will be slipping out of my tiny hands. Please keep me in your thoughts.

In all seriousness, the NFL Combine is a fun chance for fans to see just what these incredible athletes can accomplish, and often be surprised by some ridiculous standouts. But for college athletic departments, it’s also a marketing opportunity to show how much NFL talent they’ve been able to develop (even if some players were already beasts out of high school). In this post we’re going to dive in to the data and see which conferences and teams have the largest representation. 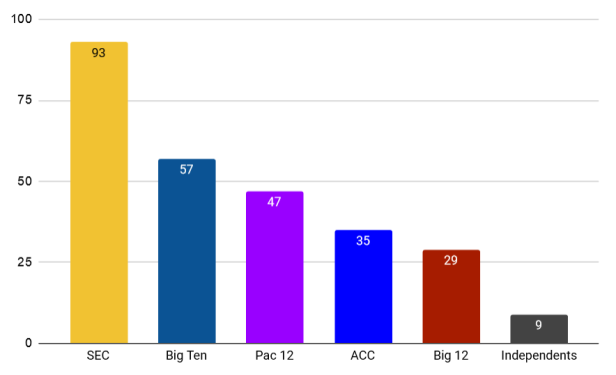 No surprise here, the SEC produces a heck of a lot of NFL talent. Perhaps the most surprising is that the Big 12 is in dead last, but a factor is also that the conference has less teams. So, here’s the same chart but with Avg. # of Combine Athletes per Team. 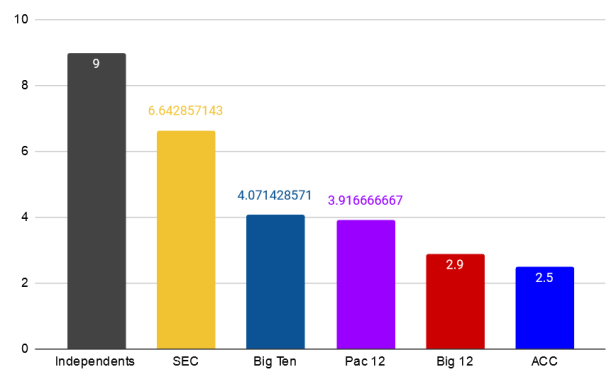 Notre Dame kind of gets an unfair advantage here, since they’re the only Independent we’ve considered P5 for this data. When your one representative has 9 athletes, you get a boost. Again, the SEC is still dominating here, but what’s interesting is that the gap between the Pac 12 and the Big 10 significantly closes. While combine representation is a mix of how well schools recruit and how well they develop their talent, this makes a good case for the Pac 12 not being as far behind in talent as some think. ACC truly gets left in the dust here, showing that while they have good total representation its really Miami and Clemson carrying the weight.

On that note, let’s look at the schools that are the top performers. 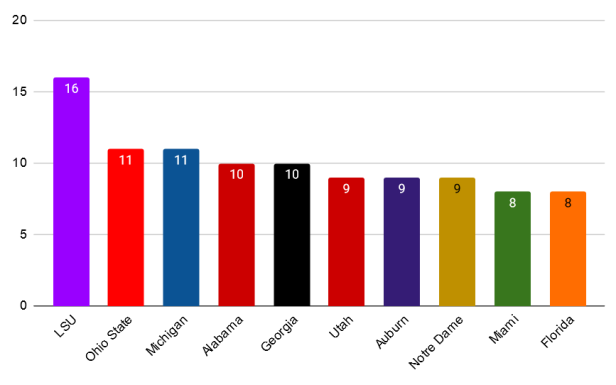 While this attests to how talented LSU’s roster was this year, it’s got to be a little concerning for Tigers fans how many great players they’re losing to the draft. I doubt they’re crying holding that trophy, though.

Miami is definitely the biggest example of a team that didn’t perform well on the field but sent many players to the combine. Granted it was his first year, but I think this makes Manny Diaz look pretty bad. Hopefully he learns how to develop talent in year two.

This is also a bit of a bummer for Utah. They had a wonderful season, but the Utes better hope they’re still able to perform even with losing 9 good guys to the draft. It would be sad to see them barely miss the playoffs and a Rose Bowl and fail to compete at that level again.

It’s also interesting to see rivals Michigan and Ohio State bumping shoulders at second place. Ohio State has clearly accomplished more with their talent, but is this Harbaugh’s fault? That’s for Michigan fans to debate in online forums while Buckeyes laugh. 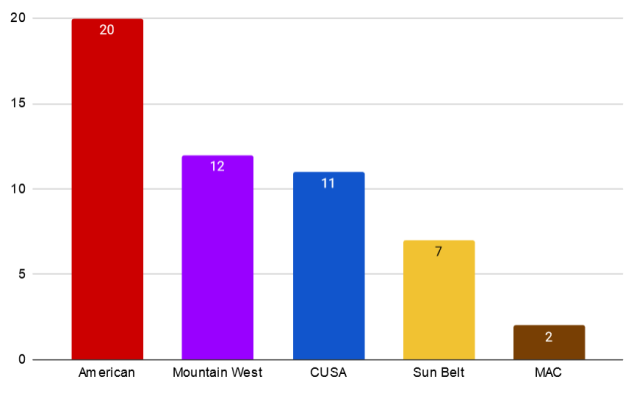 Don’t worry other guys, we didn’t forget about you. The American is the only G5 conference even close to hanging with the P5…P6? Both the American and the Mountain West have 12 football schools, so that isn’t really an excuse here. If the American is able to send more representatives to the combine than a P5 conference consistently, it could really shake up how they recruit and maybe give more G5 schools a fighting chance. 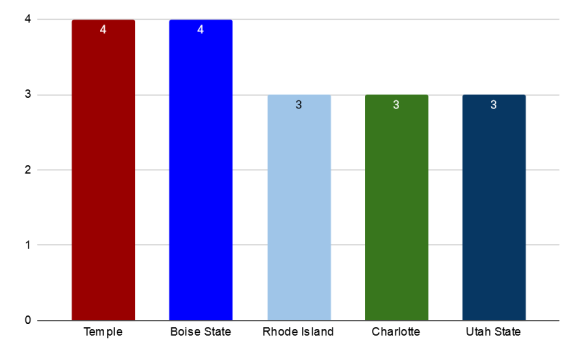 These are the only non P5 teams to send 3 or more representatives to the combine. Talent will always aggregate at P5 schools, but I hope more G5 schools are able to get media attention and maybe send some more deserving players to the combine in later years.

Either way, Rhode Island is probably the most impressive school in this article. For a CAA school to send three representatives to the combine is incredible, and a fantastic recruiting pitch for the Rams.

The biggest takeaways from all this? Well, it’s tough to extract that much information from combine representatives since, as mentioned, it’s a complicated mix of recruiting and talent development. Furthermore, a championship caliber team will always get more screen time and NFL interest than a G5 school. Schools that sent a ton of representatives will get a huge recruitment boost, especially those that over performed like Utah, Miami, Charlotte and Rhode Island. I think the biggest questions surround Miami; when will they start doing something with the talent they have, and if they don’t will it start to hurt their recruitment?

But at the end of the day, the most fun part is just obsessing over data that really might not matter at all. Like hand size. 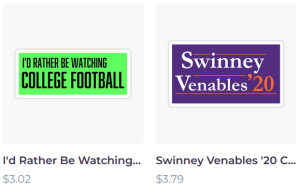