The 2020 college football season is just around the corner, but Heisman talks are already starting to heat up. Players like Trevor Lawrence, Jamie Newman and Travis Etienne are at the top of the list of favorites, but one player that nobody seems to be talking about is Ian Book. Ian Book is without a doubt one of the best quarterbacks in the country.

He’s 20-3 as a starter at Notre Dame, and he’s led Notre Dame to consecutive 10 win seasons, including a playoff appearance. Ian Book is currently tied for 8th in the Heisman trophy odds with 20-1 odds. Out of the 7 players above him, Ian Book has the most experience. Ian Book is a 5th year senior who has been with the Irish since 2016. Add that to the fact that he’s had multiple 10 win seasons and a playoff appearance, Ian Book has experience under pressure and knows what it’s going to take to put together a Heisman caliber season.

Notre Dame opens the 2020 season against Duke, which will hopefully be a commanding win to set the tone. The last time Notre Dame played Duke, they won 38-7. Ian Book will need to lead Notre Dame to a perfect regular season in order to win the Heisman. 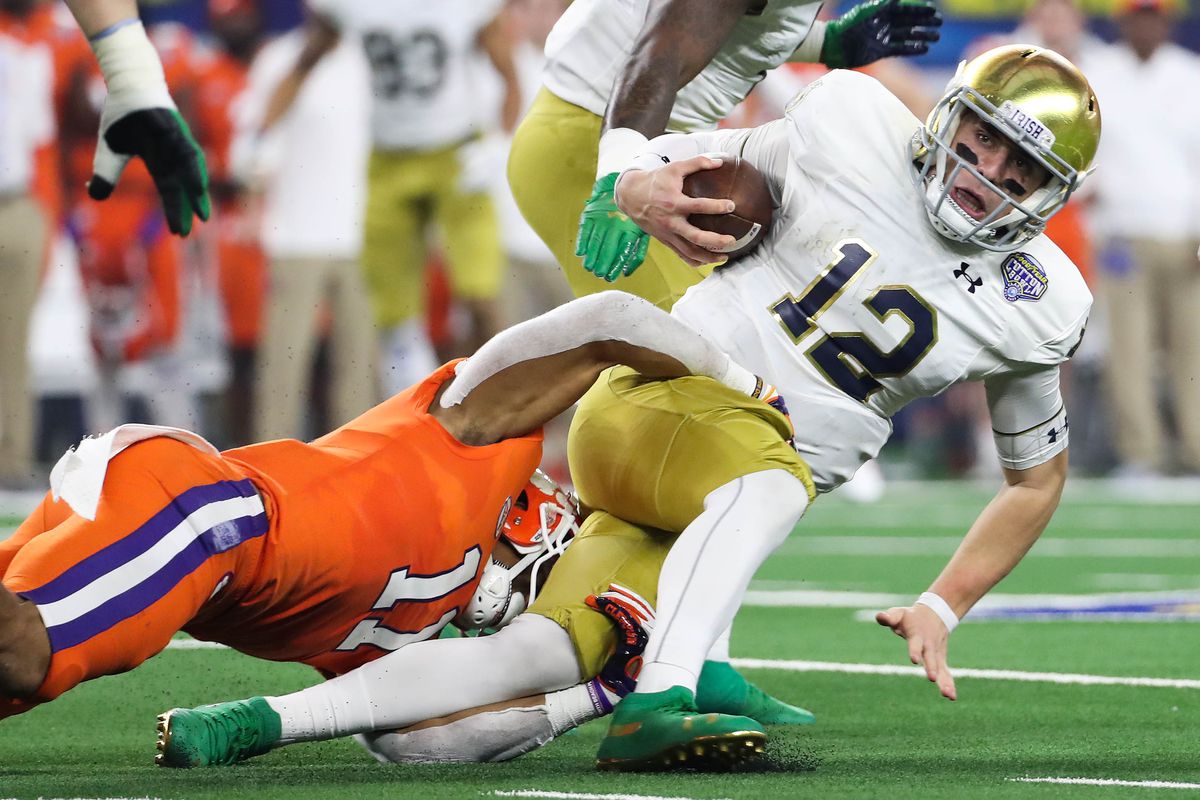 The 2 biggest teams standing in the way of a perfect season for Notre Dame are Clemson and UNC. The Irish take on Clemson on November 7th at Notre Dame Stadium. This game is extremely important for both Ian Book’s Heisman hopes and getting Notre Dame back in the playoffs. Trevor Lawrence is the best quarterback in college football, and he’s currently 1st place at 2 to 1 odds to win the Heisman. Clemson also hasn’t lost a regular season game since 2017. If Ian Book can outperform Trevor Lawrence under the lights at Notre Dame Stadium, it would greatly increase his chances of winning the Heisman. Ian Book has another opportunity to make a statement in primetime when the Irish take on UNC on November 27th. Ian Book will need to go into Chapel Hill and win convincingly in order to stay in the Heisman race.

Many people are sleeping on Ian Book, and many people feel like he has no chance to win the Heisman, but those people will be surprised come December 12th.

Let us know what you think on Twitter @Sidelines_SN, and bookmark SidelinesSports.Net on your browser (Ctrl+D)!