The College Football Playoff isn’t even a decade old and it already has to adjust for a global pandemic. To be fair, the model itself doesn’t appear to be changing much – four teams will still compete in a tournament, with seeding set by the College Football Playoff committee. The semifinals will be at great locations this year; the historic Rose Bowl and Sugar Bowl. As far as the rankings, the first will come out Tuesday, November 17. The Playoff Selection show itself will be Sunday, December 20. That leaves one question – who will be in? 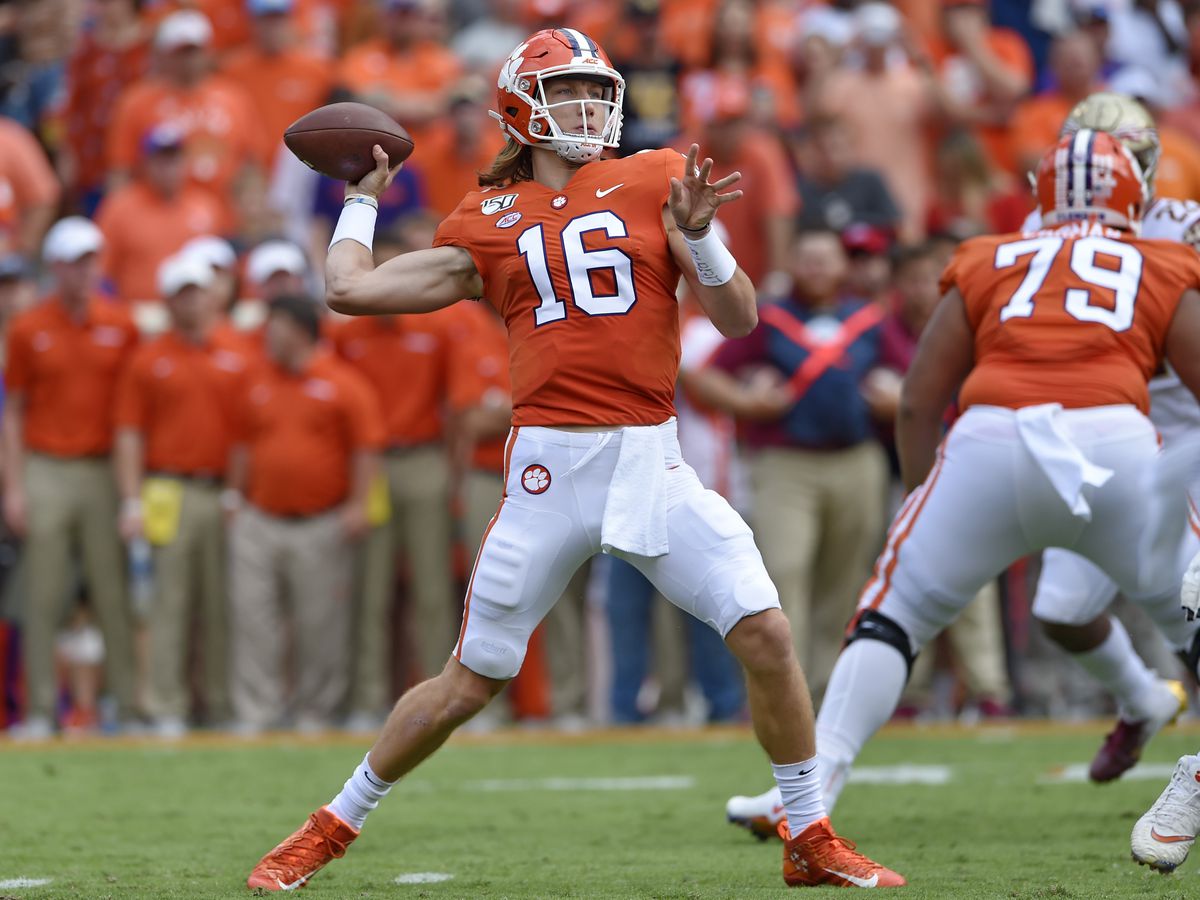 We’re highly expecting yet another undefeated regular season for Clemson. Their shortened schedule (with the Citadel being their only true out of conference game) leaves very few threats. Notre Dame is the only opponent that really jumps out as a test for Clemson, and while this will be a talented Notre Dame squad behind Ian Book’s leadership, it simply won’t be enough to cut it. The usual suspects like Pitt and Syracuse could provide a scare, but Trevor Lawrence’s talent and a great supporting cast (eyes on Etienne for best Running Back in college) mean they will waltz to another College Football Playoff appearance, where they’ll beat Alabama in yet another matchup but lose the title game to our next team.

Of all four teams we have projected to make the playoff, Georgia returns the most overall production (65%) with 10 starters. Plus, Jamie Newman is not only a Heisman candidate but a proven baller with experience carrying a roster further than it should’ve gone. So, what happens when he is on an already good roster? We predict a national championship. Georgia has been criticized for an unimaginative offense, but we believe bringing in Todd Monken as OC will help them finally piece together both sides of the ball, as LSU did last year on their undefeated championship run. Georgia doesn’t exactly have an easy schedule, and we predict them dropping 1 in the regular season to Alabama, but we think they’ll win the SEC title game and every game afterward. 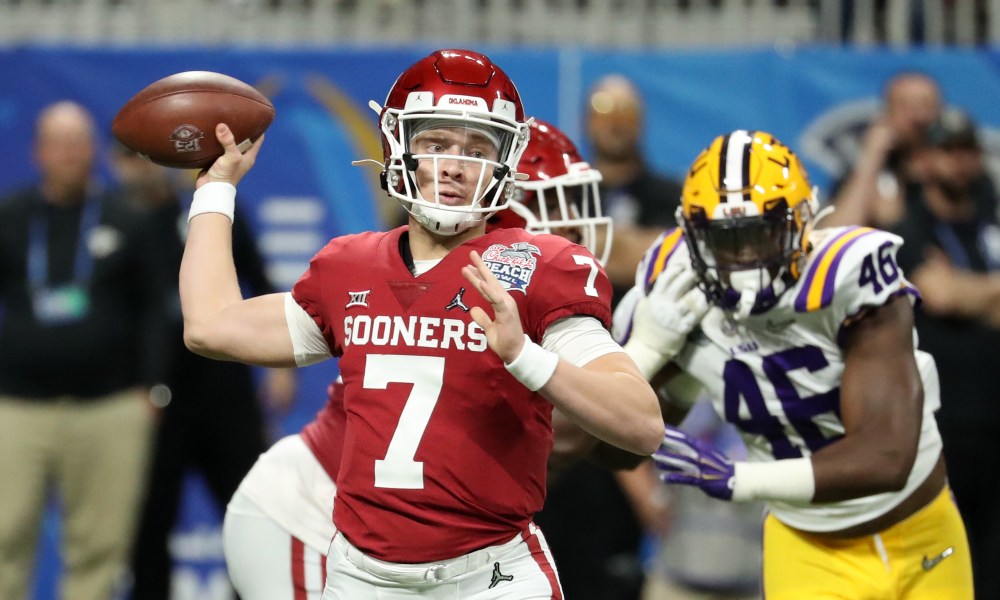 Seems like OU is always the fourth seed, doesn’t it? We don’t predict that changing this season. Spencer Rattler has all the makings of yet another elite OU QB, and he already has some experience in Lincoln Riley’s system. The loss of Kennedy Brooks (who announced he’s opting out) certainly hurts the diversity of OU’s offense, but Jeremiah Hall can help open up the offense. Oklahoma State is the biggest threat on OU’s schedule and we predict them or Iowa State gets a win over the Sooners this season, but we ultimately expect Riley’s coaching, an elite QB in Rattler and a top of the league passing game to bring the Sooners to another College Football Playoff appearance (but yet another semifinal loss).

This will be an interesting year for Alabama. We just hit the first 2 year title drought for the Crimson Tide since 2013-2014. They’re QB situation is interesting, with Mac Jones coming back as the projected starter but high school phenom Bryce Young waiting in the wing. The Tide’s defense looks airtight, so most questions are on the offensive side of the ball, and Najee Harris and DeVonta Smith are pretty powerful answers. We think the Crimson Tide will go undefeated in the regular season but lose the SEC title game to Georgia. This sets them up for a rematch with Clemson, and a strategic Dabo will exploit their few weaknesses (likely via Etienne) to scrape past them.

Agree? Disagree? Let us know on Twitter @Sidelines_SN, and bookmark SidelinesSports.Net on your browser (Ctrl+D on most browsers)!